University of Maine at Augusta 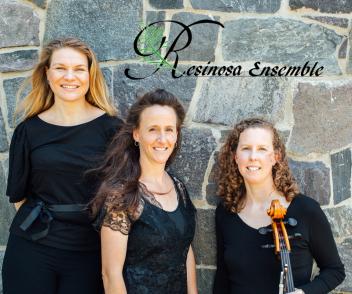 André Previn, Lukas Foss, Bunita Marcus, and Maine composers Daniel Sonenberg and Nancy Gunn. Featured on the program will be the World Premiere of UMA faculty composer Richard Nelson’s  “A Forest of Glass, a Kaleidoscope, a Dream”, a cycle of three songs on texts by Ellen Taylor.

The ensemble is looking forward to their 2019-2020 season titled, American Reflections, featuring American composers and poets. The world lost one of our greats, André Previn, in February 2019, in his honor Resinosa will perform his “Four Songs”, poems by Toni Morrison, this is a fabulous set which truly displays Previn’s genius. In 2019, three Maine composers wrote for Resinosa, the following works will be premiered during this season; Daniel Sonenberg’s “Beauty is Not Enough”, text by Edna St. Vincent Millay; the final movement of Nancy Gunn’s “Spiresongs”, poems by Elizabeth Spires; and Richard Nelson’s “A Forest of Glass, a Kaleidoscope, a Dream”, poems by Ellen Taylor.  To complete the program, Resinosa will offer works for cello and piano; Lukas Foss’ “Capriccio” is a well-crafted and energizing work; and Bunita Marcus’ “Untrammeled Thought”, which offers a time to center oneself. This will be an exciting concert, featuring newly composed works by three Maine composers, as well as other musical gems.

“The mezzo-soprano Joëlle Morris sang with the requisite passion, conveyed in an admirably dark vocal tone.”